The Missing Piece to Manifesting

I’ve lost count of how many books I’ve read and classes I’ve taken about manifestation. If all of those had gotten the results that I wanted, I would be writing this from a beach house that I own – or maybe the mountain house that I would also own – wearing size 6 jeans with clear skin and awesome hair. Meanwhile, you would be one of hundreds of active clients who collectively allow me to pay myself a six-figure salary in exchange for the healing work I provide.

I have none of those things, even though they’ve been on the lists that I created in each of those manifestation classes.

Thankfully I don’t get upset about it because I know why I don’t have those things. It has to do with the piece that was missing from all of those teachings.

You and I have probably learned from some of the same teachers, like Abraham (Esther & Jerry Hicks) and “The Secret.” I’ve also taken a two-day ThetaHealing class (twice!) that includes some healing work to clear the limiting beliefs that were keeping me from manifesting.

What these teachings have in common is that they’re all about mindset. I’m not poo-pooing them – mindset is a very powerful thing to focus on when you’re trying to change what manifests in your life. Thoughts really are things, and what you think consciously or unconsciously has a direct impact on what shows up in your life, material or otherwise. I belief that 100%, and I’m thankful for those teachers because they really have changed my life. My life, frankly, is awesome.

Even so, there’s something these teachers do that I feel is a disservice to us, their students. They leave us with the belief that if we get our thoughts and our energy into alignment with our desires, then the objects of those desires will magically appear, 100% of the time. According to how most people interpret what’s taught, we don’t have to do anything to get what we want. 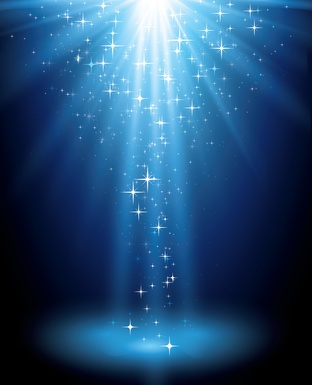 Sometimes that is true – with the desires that we express and then move our attention away from. My friend Andi told me the other day how this happened during her trip to Atlantis (the resort in the Bahamas, not the ancient city). She and her traveling companion were waiting for their flight, and in a moment of basking in the joy of their trip one of them said, “Wouldn’t it be great if they upgraded us to first class?” The thought left as soon as it came up – but apparently it went over to the flight attendants, because guess who ended up in Row 1 of the plane? Yes, they did.

But there are a lot of desires that don’t manifest so easily for us, and here’s why: As Abraham teaches us, as soon as you create your “rocket of desire” for something, it is created instantly – but only in what they call “vibrational reality.” You and I might think of that as a higher dimension, maybe the 5th dimension. In order for that desire to become a physical reality (that is, real in this physical plane, whether your desire is a material object or not), the energy of it needs to be brought down into our dimension.

And what is it that moves energy in our dimension? Action moves energy. The ability to move energy from higher planes into this plane is a unique gift that humans have. We were designed for this.

But wait – didn’t our teachers tell us to stop “doing” and start focusing on our thoughts? Yes, they absolutely did. But the action they were talking about was busywork; they wanted us to understand that if we’re not getting what we want, doing more and working harder isn’t going to change that. They never meant for us to sit perfectly still in an empty room and expect the perfect job or the perfect lover or the perfect amount of money to suddenly appear.

This is especially true of money, by the way. Money represents the energy exchanges we have with other people. If you isolate yourself in a room and do nothing but meditate, chances are pretty good that you won’t get any money, because you won’t be exchanging energy with anyone. (At least not on this plane.)

So, do you see it now? The missing piece to manifesting is Action. But not random action. Not busy action. Inspired action. Once you’ve identified what you want and sent your “rocket of desire” out to the Universe, if you were to sit still and pay attention to the energy – or forget about that desire for a while and come to it later – you would eventually pick up intuitively on a sign of an action you need to take in order to complete the manifestation. That might be going to a particular networking meeting, or visiting a certain store at a certain time. For health it might mean creating a food plan and then following it. For money it might mean creating a financial plan and then following it.

I can tell when I talk with my clients about this that some of them are caught off guard. After all, I’m a spiritual healer who does energy work – what do I know about practical matters? In fact, a whole lot. That’s always been part of my gift – to find that sweet spot where Spirit and Real World merge, because that is where we’ll each find our place of power.

Was this an “aha” for you, or familiar territory?

You know I love to give you a chance to put this stuff into action, too. What is something that you want to create in your life – AND, when you take a moment to tune into your intuition, what does that guidance say would be a single inspired action for you to take this week to bring it into reality?

And of course, I’d love to hear any other comments you have about this week’s post.

The Real Meaning of Gandhi’s “Be the Change”

The Power of Gratitude