Get to Know Your Spiritual Team

Recently I led a workshop where ten amazing lightworkers got to spend the day with The Healing Angels of the Energy Field. These nine Angels – some of whom you know (Michael, Raphael, and Gabriel) – work with each of us to clear what blocks us from Pure Joy and success.

The students learned about the Angels’ gifts and how each Angel uses that gift to help every one of us. Raphael, for example, clears any sense of separation between you and the Divine. This includes no only separation between you and your Source but also you and that which is Divine in other people, animals, and living creatures – even yourself. (You might feel Raphael’s presence around your crown chakra as you read this.)

Even though I’ve been working with the Angels for many years, I too learned a lot from this workshop. For me it strengthened my sense of being part of a spiritual team that’s on a mission together.

“Throw me the ball!”

You are part of a spiritual team too. Fellow members of your team may include any mixture of guides, Angels, Archangels, and Ascended Masters. Additional members have come and gone as your soul’s mission required. And together you’ve all decided what the plan would be for each lief that you’ve incarnated into.

I think of it like this: Before you were born, the whole team got together in the same way that a basketball team gathers in the locker room before a game. The group discussed objectives, strategies, and key points of the “game” – your shared soul mission. Finally the discussion came around to who would take human form in order to enact the physical parts of the plan. You bravely and generously volunteered. 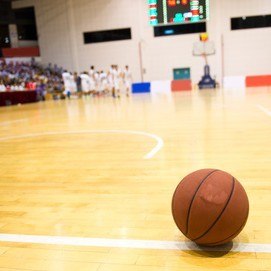 The confusing part, though, is that when you went out to play the “game,” it felt like you were all alone on the court. Coming into physical form on Earth lowered your vibration enough that you couldn’t see or hear the rest of the team. But they could still see and hear you – and they tried to interact with you as much as possible. Up until now it’s been like you’re on that basketball team with a bunch of invisible players: You’ve felt like you had no one to throw the ball to, even though they’ve been saying “Throw me the ball” in as many ways as they can. The best they’ve been able to do in the meantime is play defense and try to line things up so that you can take a shot now and then.

One step to putting more trust in your team is convincing yourself that they’re there. Throw them the ball once in a while and give them a chance to handle it. You can start by talking with them.

For instance, in the last two months I’ve developed a morning ritual of meditating and then getting a message from Spirit using the Angel Tarot Deck. Once I pull a card, I write the words from it in my journal – and then I keep writing until I run out of thoughts. The result is a specific interpretation of what that card means for me that day. Sometimes I even get specific ideas or instructions of actions I need to take that day. 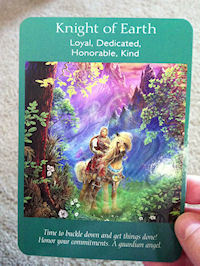 Usually when I do this, it’s with a general intention to connect with my team. Until recently my only perception of my team was as one big blob; when I received messages or insights, I had no sense of who individually they were from. But lately I’ve started to distinguish them more. Before I pull the card I ask if someone specific would like to step forward today. I scan the crowd and pull whatever details I can that tell me who this is. Masculine or feminine? Do I hear a name? Does this team member help with a specific purpose? Doing this each time helps me get to know them as individuals. You can do this too.

The other thing you can do is reach out to specific team members intentionally. What we learned in the Healing Angels workshop is that those nine Angels are part of everyone’s team, and so they’re always available to help. For me, the most powerful part of it was understanding how much easier it could be for me right now, at a time when I’m transitioning up into a new level for my business, to have the best next steps lined up before me. Of the nine Healing Angels, three stood out as being key to this process:

By the end of the workshop the message was clear: Not only is each of us part of a spiritual team, but the amount of work we have to do on that team is far less than we currently expect. Percentage-wise, it’s down in the single digits. There is a whole team of Angels and guides doing 90+% of the work – pointing the way, opening doors for us, and even helping us heal the blocks that keep us from taking action.

It takes a shift in mindset

Lately I’ve been in this weird hybrid state where I’ve been engaging my team and yet no fulling embracing the concept of delegating to them. As a result much of what I’ve been doing has turned out to be busywork. Like when Gabriel lead me straight to the right office space back in early July, and yet almost every day for two months I still went out to the internet to see if any new properties had appeared – even though I completely knew that I was led to the space. I watched myself do that and I just laughed.

The possibilities of how much your spiritual team could be doing for you right now defy our understanding of the physical universe. In order to fully engage the support of your team, you have to talk yourself out of some old beliefs like these:

Instead, the process could be like this (you’ve heard this before from me and many others): 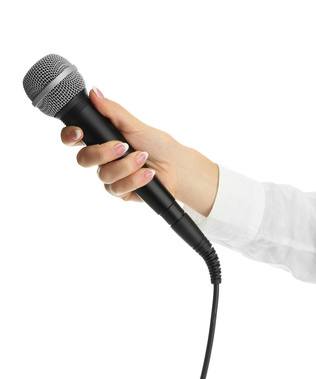 Can you imagine how much easier (and less busy!) your life could be if you embraced these ideas? Ready to give it a try?

I can talk and talk about this, but the only way that your human mind’s doubts will dissolve is to experience the total support of your team for yourself. So here we go: Pick an angel, ask for a specific manner of help, and then watch signs and synchronicities unfold.

Share in the comments below which angel you’re asking (or perhaps just “my team” if you’re not ready to get specific) and what you want their help with.

The Hidden Reason Why You Struggle to Delegate

How to Get Unstuck and Take Action

A 5-Step Strategy for Copying with Change