Are You Holding Back Your Gift from the World?

A beautiful gift of inspiration was recently given to me when I attended a performance by concert pianist Brian Ganz. The evening featured compositions by Frederick Chopin, as part of Mr. Ganz’s decade-long exploration of Chopin’s work.

In case you haven’t heard of him (hey, I don’t assume), Chopin [“show-pan”] is one of the great classical composers. Each of his published works is a gift to the world. Even if you’re like me and couldn’t name a thing that he wrote, you’ve almost certainly heard some of his most famous pieces. You might not know that one of the best known pieces was almost lost to obscurity because of Chopin’s self-doubt and fears.

As part of his decade of studying Chopin, Mr. Ganz has not only been learning and brilliantly playing his music, he’s also been getting to know the history of the music and the composer himself. During the evening’s program he beautifully intertwined his magnificent playing with delightful stories about the music he’d chosen.

One story caught my attention and touched my heart. Chopin was a prolific composer who published 65 works during his lifetime; one of his most famous, however, was Op. 66, “Fantaisie Impromptu.”  Opus 66 was posthumously published by Chopin’s friend Julian Fontana, despite Chopin’s direct request that all his unpublished works be destroyed upon his death.

As he told this story, Mr. Ganz reflected on why Chopin would make this request. Based on his decade-long study of Chopin, he believed that the composer was highly self-critical and afraid to let anything be released to the public that he hadn’t carefully scrutinized, edited, and perfected.

Had Julian Fontana honored Chopin’s request, the world would not have received the gift of “Fantaisie Impromptu.” Whether you’re familiar with it or not, you might agree upon hearing it that it is a masterful expression of exquisite beauty.

As Mr. Ganz finished telling this story, he dedicated his performance of Op. 66 to everyone in the room who has a gift that they’re not sharing with the world.

Since hearing this story, I’ve thought a lot about how I share my gifts. I have a lot of love and compassion to share with others, as well as being able to help them heal physically, emotionally, and spiritually. But I realized that I’ve been putting limits on how I share these gifts and with whom. Chopin’s example has inspired and empowered me to reach beyond my comfort zone and see what I might be denying others if I hide my gifts behind a wall of fear. 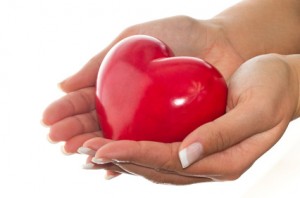 This week’s question for you

What is the gift that you’re afraid to share with the world?

You have a gift – I guarantee it. You didn’t come to this world to be ordinary. You came here to make the world a better place, whether for two people or 2 billion people. Not every gift becomes known to the whole world like Chopin’s works. Sometimes it’s enough to share your gift with one little corner and let the effects radiate outward.

Are you sharing your gift? And are you doing so boldly and joyfully, or timidly with limitations?

Tell us about your gift in the comments below. Have no fear, no shame, no concern that you’ll be caught bragging. There is no arrogance in a gift shared with joy.

If you don’t know what your gift is, here’s a tip for finding it: Follow your heart. Reflect right now on when you’ve felt the most joy – such heights of ecstasy that nothing else in the world seemed to exist, because what you were doing right then was all that you needed. That pure joy is the one thing you came to this life to create; everything else in life is just a bonus.

Pure joy is what Chopin and all creators have felt in the moment of creating their gifts. The more that someone taps into joy, the more beautiful is the creation that results. It’s only when the creating is done that we doubt our gifts; there is no doubt during the creation. When doubts start to creep in, remember how you feel when you’re tapped into your gifts, and you will become fearless in sharing them.

I invite you to spend a few minutes listening to this video and contemplating what the world might have missed because of Frederic Chopin’s fears, and what magnificent gift you might be denying the world as well:

In Praise of All That You Are

The Spiritual Power of Joy