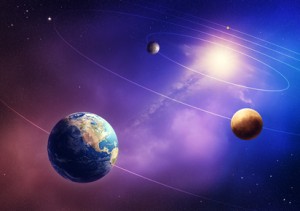 We’re just a few days away from the most talked about date of our lives: December 21, 2012. I almost can’t believe it’s here, with all the hype that’s been given to it.

And I’ll tell you right now, I think it’s going to be quite a letdown for those who have been foreseeing it as any kind of apocalypse. I’ll put it this way: I’m still planning to write the next article for the December 24 eZine.

If it’s not The Apocalypse, then what is it? Let’s talk about what this date is really about.

A look at the information

There are a few pieces of information that support the idea that there’s something special about December 21, 2012 and give us a clue of what to expect from here.

First piece of information: December 21 is the Winter Solstice. Although we think of it as the first day of winter, “solstice” really means that the Sun is at its highest or lowest point in the sky. (In the case of the December Solstice, the lowest/southernmost point.) Thus, we already know that this date has something to do with Earth’s position relative to the Sun.

Of course, solstices happen twice a year, so that in itself isn’t special. What makes this particular one special are the other factors converging with this solstice – Earth’s position with regard to the Milky Way galaxy and Earth’s “wobble,” or tilt. To understand what’s unique about our position on this date, you can google the terms “galactic alignment” and “precession of the equinoxes.” The summary of what you’ll find is our second piece of information – that a unique moment of Earth’s position in the Milky Way, which only happens once every 26,000 years, is happening this Friday.

The fact that I mention this suggests that Earth’s position in space matters in our daily lives. How do we know that’s true? There’s no proof offered by what we call science; however, there are centuries of study on this from multiple world cultures, in a field we call astrology. Up until the time of Isaac Newton, astrology was regarded as a science (including by Newton himself, according to what I’ve read). It’s based on centuries of data collected by observing the positions of the stars and planets in the sky (which of course is the geocentric perspective of Earth’s position in space) and charting that against corresponding patterns in human behavior.

We typically use astrology to look at influences over the course of a day, a year, or a person’s lifetime. There exists, however, data that spans far longer than that, confirming patterns that occur over the course of 26,000 years – in fact, over the course of four periods of 26,000 years! Over 104,000 years civilizations have risen and fallen, including some that are only now being discovered by archaeologists – challenging our perception that the “civilized world” began with the Sumerians circa 4500 BCE. (I learned this last part from Gregg Braden at a workshop in September.) 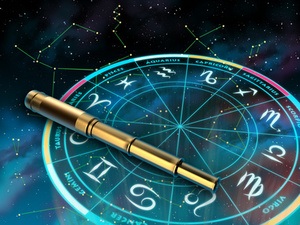 According to ancient history available through aboriginal cultures, this convergence of the solstice with the Precession of the Equinoxes has happened before. It has been a pivotal moment on four previous occasions that have each been regarded as the dawning of a new age. (Our third piece of information.) Each age has had its significance; some were golden, while others were dark.

So what’s the significance of the coming age that starts on Friday? (I’m still in awe of that idea – a new age starting in a couple days.) The key to understanding what kind of age we’re entering, I’m told by my higher guidance, is held in the numbers of the date 12/21/12. The information held in these numbers is our fourth piece of information, which suggests what we can expect from here:

A shift from masculine to feminine

Last week I wrote about the significance of the date 12/12/12 being a union of masculine (1) and feminine (2) times three, or in a trinity. Now with 12/21/12 we have the middle pair of digits flipped. What this signifies, I’m told, is the change in dominance between feminine and masculine. This period between 12/12/12 and 12/21/12 is the pivotal moment of that change, protracted over eleven days so that our heads don’t explode. (That’s literal as much as figurative; instantaneous changes in vibration like that would impact our cells as much as our psyches.)

Having lived in a masculine-dominant world for all of written history, we are beginning to experience a shift toward either dominance of the feminine or perfect balance of the two. (Which one we end up with, I hear right now, is up to our free will choices.)

Note that I didn’t say “male-dominated.” There certainly have been women in positions of power, but they’ve been women who have acted “like men,” whether by their nature or because it’s the only way they could “play with the big boys.” Current examples include Nancy Pelosi and Hillary Clinton, who have succeeded by learning how to play the masculine game of politics; they are only two of countless women on either side of the aisle, outside politics, and throughout history who fit this description. 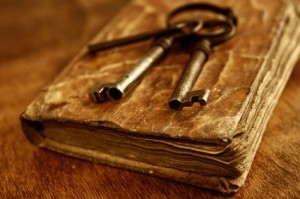 We’ve already been experiencing this shift in the past few years. (After all, such a huge influence as the alignment of the planets and stars doesn’t sneak up on us overnight; its influence grows as we get closer to the pivotal point and will immediately start to fade in tiny increments as we move past the alignment.) The “war on women” that dominated the legislative and election cycles of 2012 was a manifestation of the shifting balance. So has been the longstanding controversy and recent progress with regard to same-sex marriage – relationships which defy convention about what it means to be “manly” or “womanly.”

What will happen from here? Much of that is up to us. You know – free will and all. What I can say definitively is that this Friday will not be the end of the world, but it does signify the end of the world as we know it. (“Leonard Bernstein!”) We’ll grow to understand, individually and collectively, what this balance of masculine and feminine means in the real world and use that knowledge to change our world. As we move through these changes, we will settle into a way of being that is much closer to utopian than we could have dreamed.

What should you do while you’re waiting for things to settle? The best guidance I can give you is what I’m receiving: Take everything one step at a time. Keep moving forward, and with each step, stop and listen for guidance. Ask for guidance and it will be given to you – through your “gut feelings,” through the words of others, and through signs in your physical environment. Trust those feelings and those signs as real. Tell yourself regularly that Those Who Love and Guide You have got this covered, and if anything needs your urgent attention they will make sure you get the message.

Then relax, breathe, and keep living your life in the best way you know how.